Why People Despise Company Rebrands According to Designers

Why People Despise Company Rebrands According to Designers

While the purpose behind corporate rebrands is many, the one thing they all have in common is that they take a ton of work to complete. Teams of designers, researchers, and planners can spend hundreds of hours over numerous months (or years, even) to guide a company through a rebrand. And what reward do they receive for all of their hard work?  Ruthless, widespread ridicule.

Most people hate rebrands. Even small tweaks to brands ignite derision from both fans of the brand and general internet haters alike. From harmless internet memes to downright revolt from consumers, the public reaction to rebrands can make you wonder why any company does it in the first place.

So what is it about these seemingly benign changes to a company’s visual identity that sparks outrage from the public? And what can marketers learn from the internet’s wrath?

“Many people are uncomfortable with change, and that is especially true when it comes to familiar and relied upon brands.”

Sarah Fisch is a Senior Visual Designer at Happy Medium and has witnessed the public backlash against a rebranding campaign first hand.

“Many people make snap judgments about a rebrand without taking the time to let it sink in a bit.”

In some cases, “snap judgment” may be putting it lightly, but even when reactions to a rebrand are overwhelmingly negative, and people care enough about your brand to voice their disapproval about a new color or logo, chances are that you’re doing something right.

One logo redesign study illustrates that the stronger a consumer is associated with a brand, the more negatively they react when the brand changes. People choose to associate with brands that they believe represent themselves in some way, and the most visible parts of a brand, like colors and logos, come to symbolize the relationship between the person and the brand. Even if nothing else about the company changes, a new logo or color scheme threatens the relationship that a person has with the company, leaving the most loyal fans feeling left out or forgotten.

Doug Choi, Happy Medium’s Creative Director explains, ”People develop relationships with brands. (Brands) can be inspiring, exciting, and oftentimes, comforting. I think when a brand changes without an indication of what that change means to a person, it can be really upsetting.”

When it comes to the brands that people love, nobody likes surprises. Your fans might not dislike your new logo itself as much as they dislike the fact that you pulled the rug out from under them.

Choi adds, “I think if rebrands paid more attention to communicating what it actually means to (your customers) then you’ll upset fewer people. Of course, some people will be upset no matter what.”

Change is never easy, but keeping fans in the loop about why the brand changed and what it means for them is one way to maintain the relationship between a brand and its fans. While the changes that occur during a rebrand may seem trivial, Choi and Fisch want to remind people that these changes are just a small glimpse of all the work that rebrands involve.

“I think what most people don’t see is how much work goes into researching good rebrands,” says Choi.

Most rebrands take months to complete, with some extreme examples taking years of research, strategy, and development before reaching the public. All of this time isn’t just spent arguing color systems or font choices– it’s a lot of work done to ensure that the new brand has as much longevity as possible.

Fisch adds, “As a designer, I know the vast amount of work, conversations, and problem-solving that goes into a rebrand, and unfortunately, it seems that those who have never worked in the marketing field do not take that into account when making a judgment.”

So what’s the easiest way to help audiences take that work into account? Let them in on the process.

Many rebrands go wrong by not explaining well enough what the new brand means for customers. When companies rebrand it’s usually to reflect a change in direction for the businesses. If all fans see is the new brand without any explanation about what will change in their experience as a customer, it may result in fans taking out their frustration on the new visual identity.

“I like to try and put myself in the creative team’s shoes and think to myself what decisions and goals the designers went through that led them to the final look,” Fisch says explaining how to better judge the outcome of a rebrand.

There are a ton of decisions that go into the new identity. Letting your audience know how those decisions benefit them should make the medicine go down easier.

Take It In Stride

Seeing the outrage online can make any company reconsider its decision to start a rebranding effort, but Fisch and Choi encourage brands to look past initial reactions and think long term about the value a rebrand would bring.

“The people who are vocal online are not always fully representative of the people who care for the brand,” said Choi, reiterating a truism about any marketing project. “While I won’t say I think it’s completely random, trying to predict how people will react to a rebrand is certainly complex.”

Rebrands, like all marketing, are intended to reach a specific audience. Internet backlash, no matter how loud, is rarely an accurate representation of what your audience and fans actually think.

Choi adds, “I think in most cases it won’t matter. People will most likely get used to it and forget how they felt about it or come to understand how the new branding fits better with their evolving offerings. Whether a rebrand is successful or not is usually determined well after launch.”

One survey looked at some of the most controversial rebrands of 2019 then asked 1,000 people one year later to judge which version of the brand they liked more. In some instances, nearly 80% of survey respondents said they preferred the new logo compared to the previous one, while respondents were neutral or undecided on others.

The lesson here is that the immediate reactions of a rebrand rarely reflect the opinions of the audiences that matter most, and even if the target audience is initially resistant, some time spent with the new brand can be enough to help them change their tune.

Fisch offers some advice to fans feeling scorned, “It is ok to be uncomfortable with change, but it’s also important to embrace the change, and not let your very first reaction determine how you feel about something in the long run.”

Don’t all this talk about rebrand backlash scare you. A good rebrand can set your business up for years of success, delighting business decision-makers and fans alike.

If your company is looking to refresh any aspect of your brand, like a website, social media, or marketing strategy, give us a call. 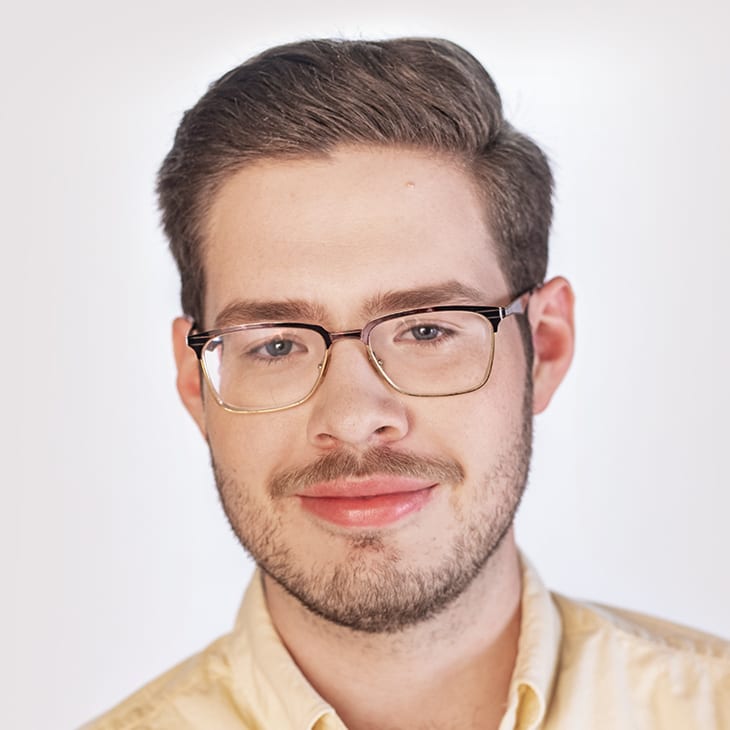